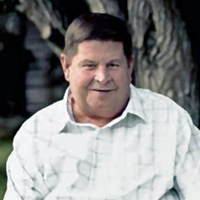 Posted at 09:23h in Industry News by Editorial Team
0 Likes

Bob was formerly of Krayn, Pennsylvania. He graduated from Forest Hills High School in Sidman, Pennsylvania in 1973. Bob moved to Kansas in 1974. He began his career in CO-OPS in September of 1974 and worked his entire career working for various cooperative grain companies in Kansas and Oklahoma. His passion for agriculture and the rural life was inherited from his father, James. On October 4, 2002, Bob married Marilyn Watters-Shuler at Johnson City. Bob retired from the Cooperative grain elevator in October 2011 but returned in June 2012 to Pride Ag Resources in Dodge City as CFO and finished his CO-OP career there. He enjoyed fishing, golfing, and being grandpa to his eight wonderful granddaughters.

He is survived by his wife, Marilyn of Dodge City; a daughter, Jennifer Beswick of Concordia; two sons, Jeffrey Bender and wife Kaley of Concordia and Jason Shuler and wife Stacey of Chattanooga, Tennessee; one sister, Janet Gray and husband Jim of Oldsmar, Florida; a brother, David Bender of Austin, Texas; 8 granddaughters, Allison Beswick of Emporia, Kaylin Beswick of McPherson, Madilyn Beswick of Abilene, Taylor and Morgan Ludden-Shuler of Chattanooga, Tennessee, Kyndra and Abigail Brandt of Concordia, and Claire Bender also of Concordia; and many nieces and nephews. Bob is preceded in death by his parents; brother, James Bender, Jr.; a sister, Carol; and a grandson, Brett Beswick. Funeral service will be held at Swaim Funeral Chapel, Dodge City on Wednesday, February 26, 2020 at 11:00 AM with Pastor Kirk Larson presiding. Burial will follow at Maple Grove Cemetery in Dodge City. Visitation will be at Swaim Funeral Chapel on Tuesday, February 25, 2020 from noon to 8:00 PM. Memorials are suggested to the Ford County Humane Society in care of the funeral home. Thoughts and memories may be shared in the online guest book at www.swaimfuneralhome.com.