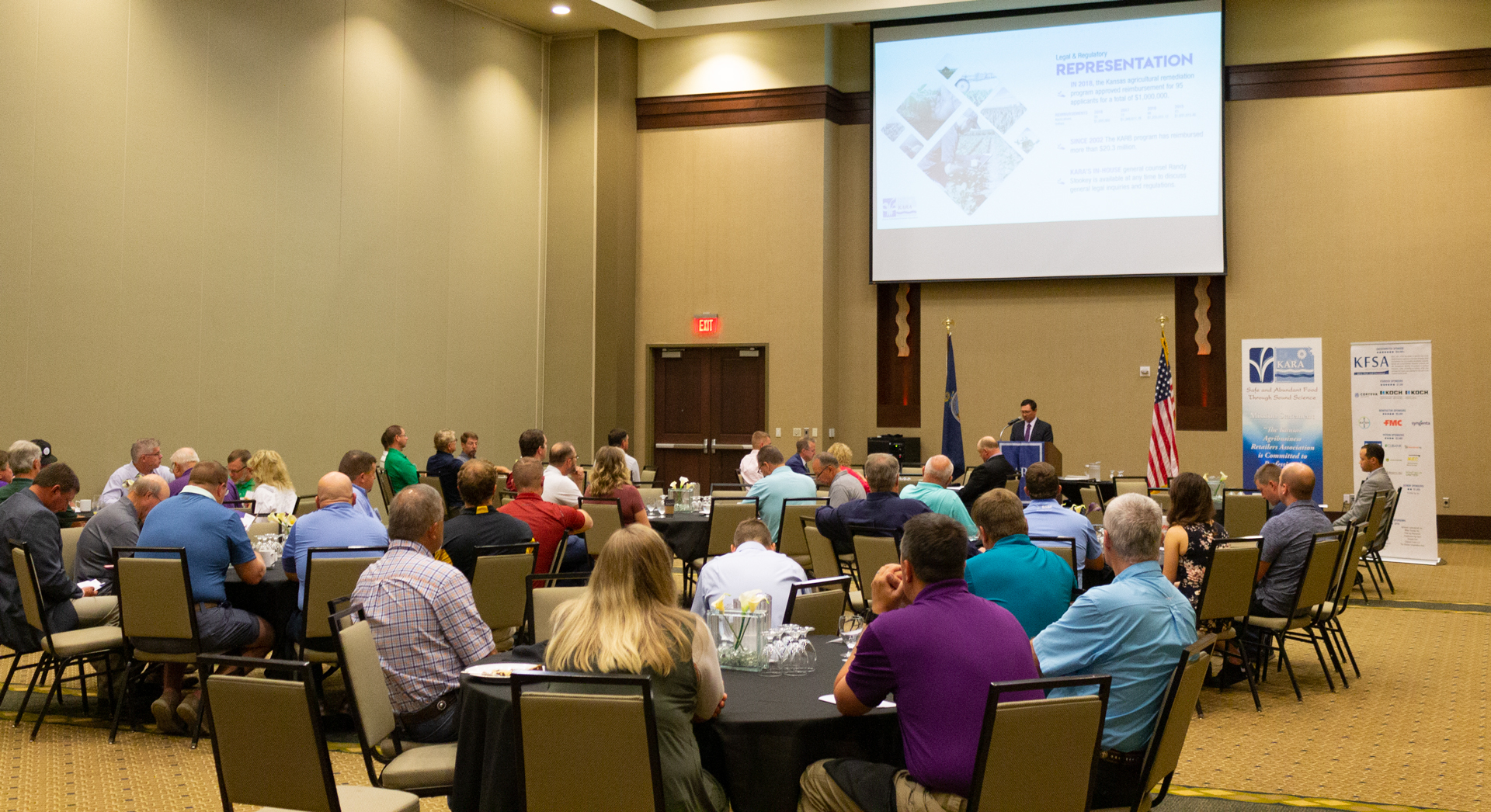 Posted at 07:12h in Industry News by Editorial Team
0 Likes

At its 2019 annual meeting in Manhattan, Kansas Agribusiness Retailers Association (KARA) chose Lance Nelson of Alliance Ag & Grain LLC as its chairman. Nelson was chosen by the association’s 20-plus member board of directors to serve his two-year term through August of 2021.

“I am honored to serve the agribusiness industry in this role,” Nelson said. “This honor is a tremendous privilege and I look forward to helping advance our industry through this association.”

Nelson is the 54th industry leader since 1960 to be picked into KARA’s pinnacle role after previously serving three terms on the board of directors beginning in 2007.

“For more than a decade, Lance has been a great resource and representative for our industry.” KARA president and CEO Ron Seeber said. “We are excited about the direction he will guide us in the next two years.”

The Distinguished Service Award, Kansas Agribusiness Retailers Association’s most prestigious award given annually to recognize someone who has made a significant and notable contribution to our industry and/or the association was presented to Charlie Swayze, who recently retired after a more than 40-year career at Farmers Coop Equity at Isabel.

Swayze was employed in the Coop system since 1961 and with Farmers Coop Equity (FCE) at Isabel since 1977. He was been instrumental in the growth and success of FCE. Swayze served as the chairman of Kansas Agribusiness Retailers Association in 2000.

During his career with Isabel coop, Swayze traveled internationally several times to promote the industry to Russia, China and Canada. His trip to Canada was instrumental in helping save the short-line railroad in his customers’ area. Even though he is retired, his travel hasn’t ended, having recently traveled to Cuba this year and has other international trips planned down the road.

Also during its annual gathering at the Hilton Garden Inn on Monday and Tuesday, nearly 100 KARA members enjoyed networking and educational activities. Members heard keynote addresses from Bill Simmons, emeritus professor at the University of Illinois, on spray drift and an outlook on market economies from Mike Pearson who hosts a daily agriculture podcast.