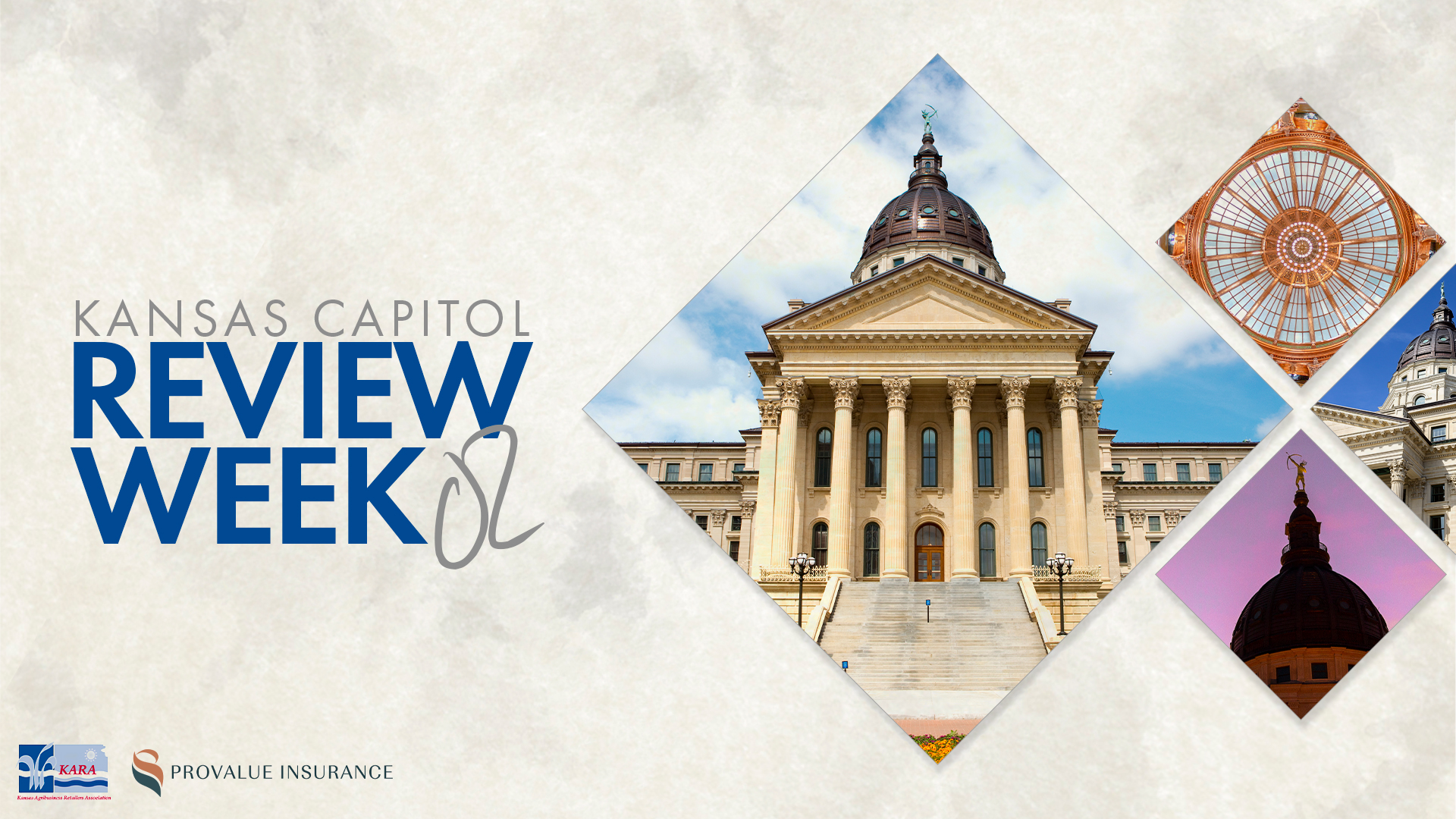 Posted at 07:34h in Advocacy by Editorial Team
0 Likes

The second week of the 2020 Kansas Legislative Session kicked off on Tuesday, Jan. 21, following the observation of Martin Luther King, Jr. Day on Monday. The week saw a flurry of bills introductions and hearings, while hearings on Medicaid expansion and a constitutional amendment on abortion consumed most of the oxygen in the capitol. A summary of some of those issues below.

The program, which began in 1998 and has graduated more than 200 members, is a jointly-sponsored initiative of KGFA and KARA designed to hone leadership traits as well as teach members of the associations about the state and federal legislative and regulatory process.

The first session included an overview of the associations as well as conversations and meetings with Kansas’ secretary of agriculture Mike Beam, attorney general Derek Schmidt, government affairs specialists from peer agriculture associations and visits with legislators at the Kansas Capitol. The class also introduced themselves in front of the Senate Agriculture and Natural Resources committee and received a tour of the capitol.

“I had no real idea of how the Legislative process worked,” said Aaron Anderson of Nutrien Ag Solutions. “After sitting in on Senate hearings, I learned how a bill gets introduced. I also learned that our legislators want to hear from us and how easy it is to reach out to them.”

Kansas House Leadership Rolls Out “Make Kansas Work” Plan
On Thursday, House leadership outlined a “Make Kansas Work” plan that is intended to benefit rural economies, health care, encourage homeownership, and boosts to $100,000 the tax floor for Social Security recipients. Bills will be introduced shortly on this five-point plant, including:

Lieutenant Governor Briefs Committee on 2019 Rural Prosperity Listening Tour
On Wednesday, Jan. 22, the Senate Ag Committee received a presentation from Lieutenant Governor Lynn Rogers on his 2019 Rural Prosperity Listening Tour. The Lt. Governor stated that the high property taxes was the number one issue that was mentioned during the tour. Other issues stressed were: the importance of rural healthcare (30% of rural hospitals are financially insecure); the need for better internet accessibility; the importance of rural transportation infrastructure; the need for a larger labor force; and more adequate housing in rural areas.

Property Tax Focus
This week saw hearings on multiple bills concerning property taxes in the Senate Committee on Assessment and Taxation. Your Association joined other business stakeholders in testifying in support of these measures, and will support additional legislation intended to strengthen the rights of Kansas property tax payers. Here is a breakdown of the hearings this week:

Bill Filed to Remove Certain Recent Gains on Reining in Agency Regulations
On Thursday, Jan. 23, the House Committee on Federal and State Affairs held a hearing on House Bill 2411 . The bill would roll back certain changes made by legislation passed in 2018 which amended the Rules and Regulations Filing Act to place heightened scrutiny of fiscal notes on proposed state agency regulations. Your association testified on the bill and requested certain specific changes be made. We will work with other stakeholders in putting together an amendment for the committee when the bill is taken up for final action on Wednesday, Jan. 29.

Kansas Attorney General “Public Litigation Coordination Act” Scheduled for Hearing
Kansas Attorney General Derek Schmidt requested introduction of House Bill 2461, a bill which would require local units of government to coordinate with the Attorney General in order to enter into a contract for legal services on a contingency fee basis. The bill is intended to allow for the state to exercise greater control over large suits such where the state – or local units of government – are the plaintiffs, rather than allowing each subordinate unit of government to enter into independent lawsuits. The bill represents good public policy for both the state and for industry. A hearing is scheduled for this bill in the House Judiciary Committee on Wednesday, Jan. 29, at 3:30 p.m., in room 346-S.

Corporate Quorum Requirement Bill Heard
On Thursday, Jan. 23, the House Committee on Federal and State Affairs held a Hearing on House Bill 2401, a bill which would provide an exception to the quorum requirements for shareholder meetings for certain corporations. The bill would amend existing law establishing the requirements for a quorum of stockholders of a corporation for the purposes of conducting the business of the corporation. In addition, the bill would amend existing law regarding the process by which a corporation can amend its articles of incorporation to allow amendment by a quorum voting at a special or annual meeting, if the corporation has over 500 stockholders and its articles of incorporation or bylaws provide that no stockholder may vote more than one share. The bill is meant make it easier to create and expand food cooperative grocery stores. Proponents to the bill included multiple Representatives and the Mercantile Exchange grocery store in Lawrence, Kansas.

Public Utility Income Tax Exemption
On Tuesday, Jan. 28, the Senate Utilities Committee will hear a bill carried over from last session. This bill, Senate Bill 126, would exempt certain public utilities from paying an income tax and also exclude the utility from factoring the cost of this income tax in setting their utility rates. The purpose of the bill is to lower utility rates and make Kansas more competitive.