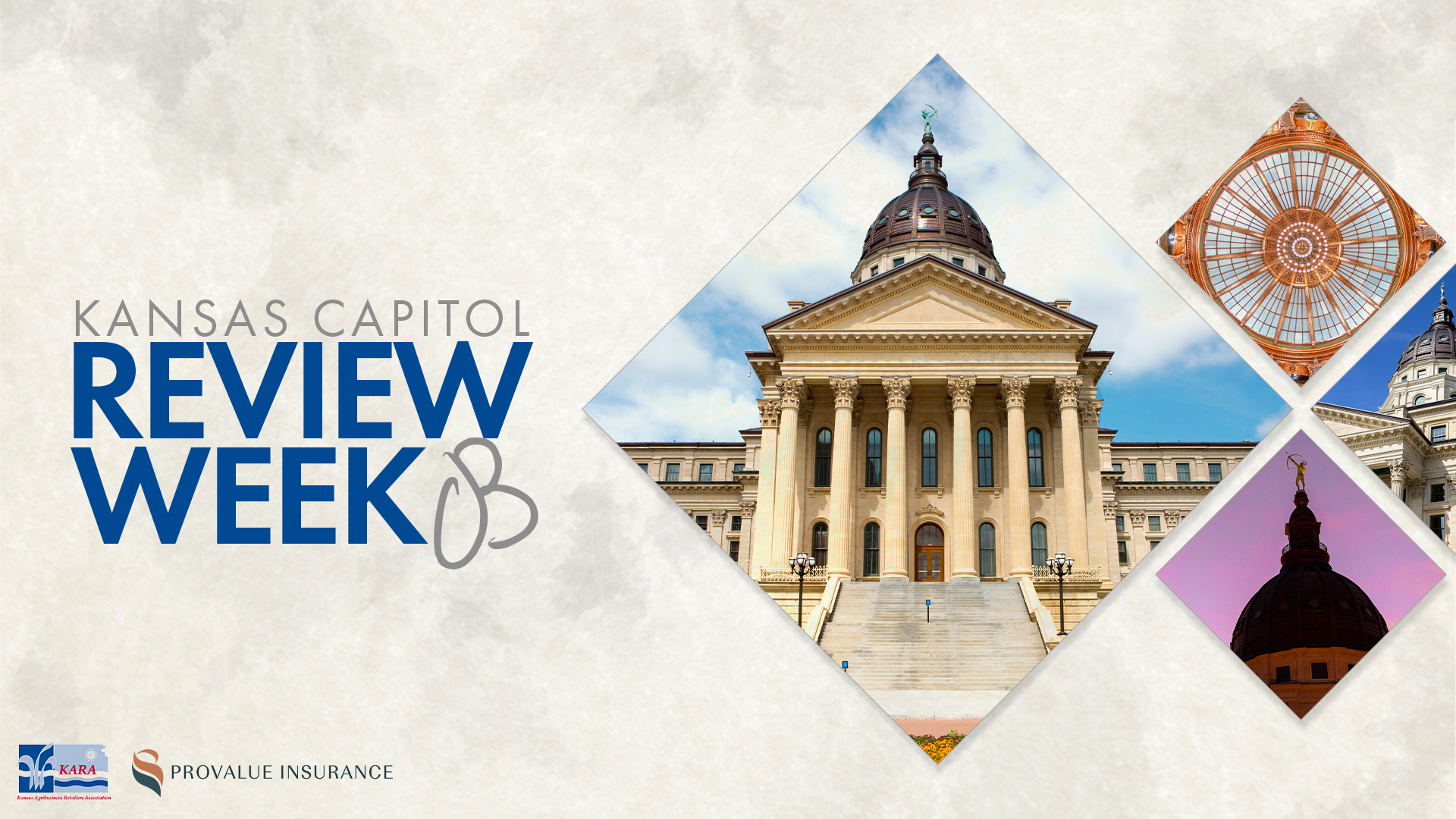 Posted at 08:27h in Advocacy by Editorial Team
0 Likes

While the third week of the 2020 Kansas Legislature was occupied with hearings on Medicaid expansion, a constitutional amendment on abortion, and the roll-out of the next Transportation Plan, an assortment of bills on other issues were also considered. A summary of highlights of the week is below.

On Wednesday, January 29th, in the House Appropriations Committee, Kansas Dept. of Transportation Secretary Julie Lorenz introduced the transportation plan for the next decade. The plan, referred to as “FORWARD” will permit amendments as special needs arise that require different transportation facilities. According to Lorenz, input from Kansans helped shaped the plan which will serve rural and urban areas now and into the future.

On Wednesday, January 29th, the House Judiciary Committee held a hearing on a bill requested by Kansas Attorney General Derek Schmidt. House Bill 2461 would require local units of government to coordinate with the Attorney General’s office in order to enter into a contract for legal services on a contingency fee basis. The bill is intended to allow for the state to exercise greater control over large suits where the state – or local units of government – are the plaintiffs, rather than allowing each subordinate unit of government to enter into independent lawsuits. The bill represents good public policy for both the state and for industry and was opposed by the Kansas Trial Lawyers Association and various cities and counties. Kansas Grain and Feed Association, Kansas Agribusiness Retailers Association and Renew Kansas Biofuels Association joined other agricultural interests in providing testimony in support of the bill.

This week, a multiple-day hearing was held on Senate Bill 252 in the Senate Committee on Public Health and Welfare. This bill concerns the expansion of Medicare in the state of Kansas. The committee will take final action on the bill this coming week.

On January 30th, the House Commerce Committee held a hearing on House Bill 2507, a bill which addresses a business exposure to liability from injury to a student participant in a school-sponsored work-based vocational program at their worksite. The intent of the bill is to cover the student during these activities in the same manner as they would be covered during school-sponsored sports activities or shop classes. The goal is to expose students to a real-world experience and vocational training, while at the same time limiting the exposure to liability from injury to the student. Kansas Grain and Feed Association, Kansas Agribusiness Retailers Association and Renew Kansas Biofuels Association joined other business stakeholders in testifying in support of the bill. The bill was opposed by the Kansas Trial Lawyers Association. The Committee will take final action on the bill in coming weeks.

On Tuesday, January 28, 2020, the Senate Utilities Committee heard a bill that was carried over from last session. Senate Bill 126 would exempt certain public utilities from paying an income tax and also exclude the utility from factoring the cost of this income tax in setting their utility rates. The purpose of the bill is to lower utility rates and make Kansas more competitive. According to some conferees on the bill, the measure could save more than two million Kansas residential and industrial rate payers between $40 and $50 million every year in lower energy rates.

On Tuesday, January 28th, the House Committee on Agriculture held a hearing on House Bill 2432, a bill which would establish the Kansas Pesticide Waste Disposal Program and Fund within the Kansas Department of Agriculture. The program would be funded by an annual transfer of no more than $50,000 from the Kansas Agricultural Remediation Fund, which is funded by receipts from the Kansas grain elevator and agribusiness industry. The committee will take final action on the bill on Thursday, February 6th. Your Association supported this bill as good stewardship and good public policy.

On Monday, January, 27th, the Senate Ways and Means Committee held a hearing on Senate Bill 244, a bill which would sunset all rules and regulations adopted by Kansas state agencies in existence on July 1, 2020, five years from that date, and sunset any new rule or regulation or substantial amendment of an existing rule or regulation on July 1st of the fifth year after such enactment, unless the legislature adopts legislation to renew such rule or regulation.

On Monday, February 3rd, at 3:30 p.m., the House Tax Committee will hold a hearing on House Bill 2460, a bill which would provide for an income tax credit for qualified railroad track maintenance expenditures of short line railroads. Your association will testify as a proponent if the bill is amended to extend the tax credit to owners/lessees of rail siding located on Class II or Class III rail. Your association will propose an amendment to the bill for that purpose. We have reached out to the proponents of the bill, and they stand in agreement with our proposed amendment.

On Thursday, January 30, 2020, the Senate Committee on Agriculture held a hearing on SB 270, a bill which would amend Kansas water law to allow all water rights certified after 2009 to be rolled into multiyear flex accounts. The bill would allow those water right owners to use net irrigation requirements as a substitute for past use in order to establish flex account totals. The Kansas Dept. of Agriculture was the only proponent, and there were no opponents.