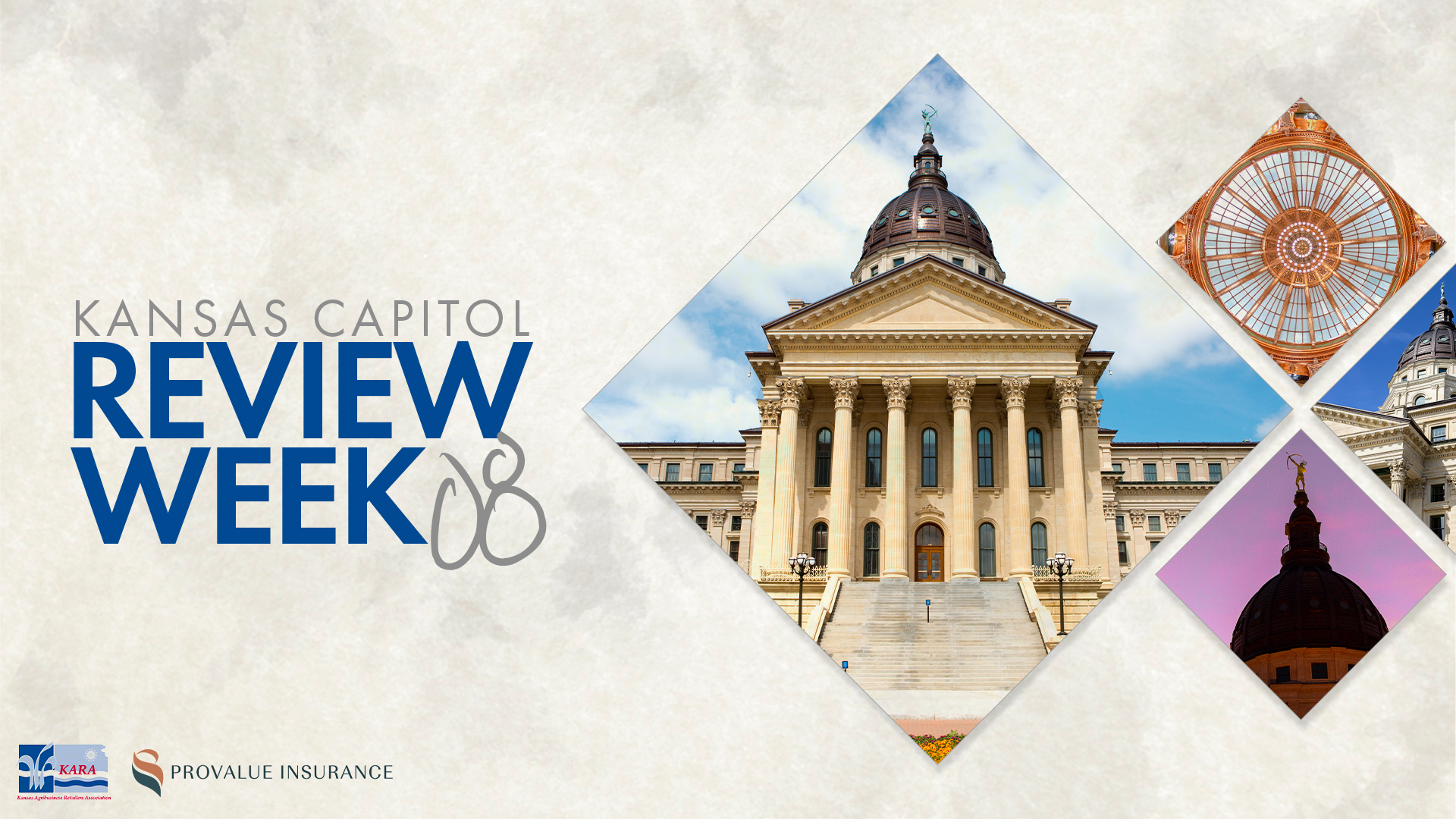 Posted at 14:10h in Advocacy by Editorial Team
0 Likes
Week 8 for the Kansas legislature was a short one with only two days of committee work on Wednesday and Thursday following the break for Turnaround (the mandatory movement of bills from non-exempt committees from their house of origin to the opposite chamber). Exempt bills include all those that have passed through certain committees, including House or Senate Taxation, House Appropriations/Senate Ways and Means, and House and Senate Federal and State Affairs. Next week’s calendar promises to be very busy again with committees having their say on bills passed by the opposite chamber. Committees must work quickly to consider bills, as there are only two weeks of committee work remaining on the 2020 legislative calendar. Here are some of the highlights from this week: New Sales Tax on Digital Goods On March 3, the House Committee on Taxation held a hearing on HB 2685, a bill that would impose a sales tax on digital property and subscription services beginning on July 1, 2020. The bill includes definitions for digital audio-visual works, digital audio works, digital books, digital code, and digital property. Twenty-nine states currently tax digital products, with others considering adding this tax. As audio-visual products have transitioned from physical products to digital products, the state has lost sales tax revenue. The Kansas Dept. of Revenue estimates that the bill would generate $45.5 million annually. During the hearing it was shown that Kansas has eighth-highest tax rate out of all states in the Union. Proponents included the League of Kansas Municipalities. The Kansas Chamber and Kansas Policy Institute opposed the measure. Executive Reorganization Orders (ERO) Both the House and the Senate are primed to consider resolutions rejecting Executive Reorganization Orders (ERO) proposed by Governor Kelly. One ERO would create a new Kansas Energy Office by removing those oversite duties of that industry from the Kansas Corporation Commission. The other ERO would bring together the Department of Aging and Disability Services with the Department of Children and Families, along with a portion of the Department of Corrections. The new agency would be called the Kansas Department of Human Services. State Revenues Continue to Beat Estimates State revenues have been consistently higher than estimates for several months, with the trend continuing with February’s tax-only state revenues. This means more money for the upcoming 2021 fiscal year beginning July 1, 2020. February revenues, at $415 million, were over $48 million (13.2 percent) above estimates. Throwing in other non-tax sources of revenue, such as insurance premiums and corporate franchise fees, increases February revenues even more – $63.6 million or 16.54 percent above estimates for the month. These February revenues are 14.51 percent above monthly revenues from one year ago. For fiscal year-to-date (from July 1, 2019), Kansas revenues are $154 million (3.4 percent) above estimates and 7.13 percent above last year at this time. Click the button below to view all of the bills being tracked by your association. You can read a brief summary of the bill, the actual text of the bill, the history of the bill and upcoming actions. If you have any problems using the Bill Tracker, please contact Trae Green (trae@kansasag.org).
View Bill Tracker