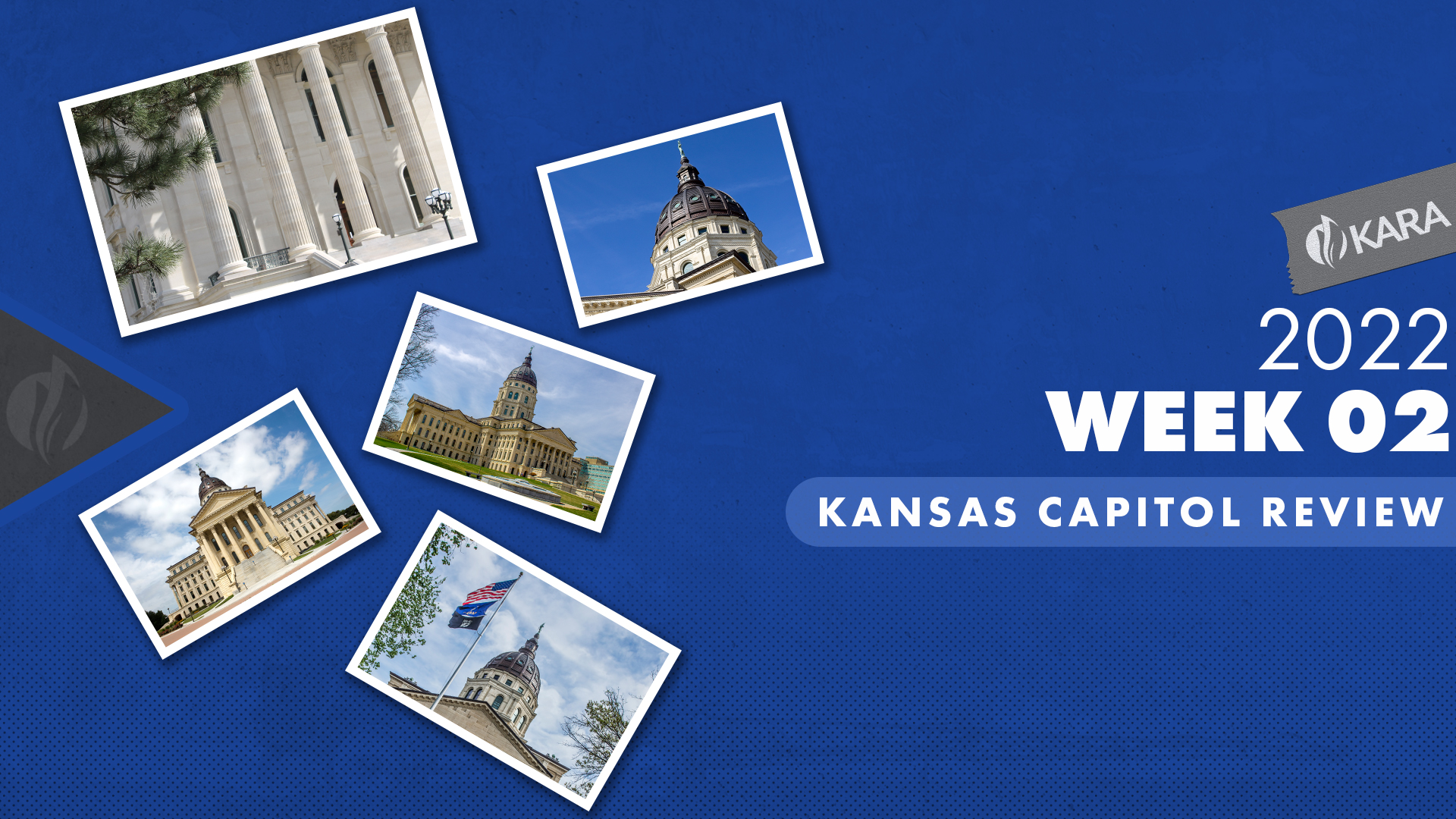 Posted at 08:35h in Advocacy by Editorial Team
0 Likes

This week, the Legislature worked through bills and hearings, even while many legislators were absent due to positive COVID tests. The Senate passed a few bills of high importance, as the House also began initial committee work. Here are some of the highlights of the week.

Aside from passing a budget one of the main objectives of the 2022 session will be adopting new maps and boundaries for the legislature, statewide elected seats, state school board, and our state Congressional districts. On Friday, the Senate passed Sub Senate Bill 355 containing reapportionment maps for Kansas’ congressional districts. The bill creates four congressional districts, each with 734,470 Kansans – a four-way division of the state’s census population, which is thought to be the key to a federal court holding the map as constitutional.

This week, the House Tax Committee advanced House Bill 2464 out of committee. The bill would provide a sales tax exemption for purchases to reconstruct, repair or replace certain fencing damaged or destroyed by wildfires across the state in December. Likewise, the Senate Committee of the Whole passed similar legislation in Senate Bill 318. The Senate bill was amended to provide a permanent exemption on these materials from the state sales tax. In addition, the bill was previously amended to allow county commissioners to provide a property tax exemption for properties that were damaged during a natural disaster.

On Tuesday, January 18, the Senate Tax Committee held a hearing on Senate Bill 326, providing an income tax credit for qualified railroad track maintenance expenditures of short line railroads and associated rail siding owners or lessees. Short line rail investments would qualify for a tax credit of $5,000 per mile of rail, up to 50% of the railroad’s annual total income tax bill. Rail siding would qualify for $5,000 per rail project. The tax credit would be transferable, and the tax credit would exist from 2022 through 2031. The total value of the program could not exceed $8,720,00 in any given year. Various short line rail roads in Kansas testified in support of the measure, along with Kansas Grain and Feed Association, and the Kansas Cooperative Council. While there were no opponents, certain committee members appeared hostile to the measure.

On Thursday, January 20, the Senate Commerce Committee held a hearing on Senate Bill 347, a bill which would enact the “Attracting Powerful Economic Expansion” act to provide for tax and other incentives to boost the state’s economic development. The bill includes projects in specified industries, or for national corporate headquarters, that involve a significant capital investment. The program would include: a refundable tax credit for a portion of the investment, reimbursement of certain payroll costs and training costs, retention of certain payroll withholding taxes, a sales tax exemption for project construction and a property tax incentive for projects located in a foreign trade zone. Proponents to the measure, including the Kansas Dept. of Commerce, argued that competitive economic incentives were vital to Kansas being competitive with surrounding states, and that 12 other states have similar programs. The bill was focused on providing investment tax credits for an un-named business that would invest up to $4 billion for a headquarters or factory in eastern Kansas. If passed, it would be the largest specific development bill in Kansas history, with an estimated fiscal note of up to $1 billion.

This week, the House Utilities Committees introduced HCR 5023 which denounces price gouging and market manipulation in the natural gas marketplace. The resolution also supports investigations into the extraordinary price increases of wholesale natural gas during the extreme cold weather event “Uri” during February 2021 that resulted in increased costs on residential and industrial ratepayers. A hearing on the resolution is scheduled for Thursday, January 27. In addition, on Tuesday, January 18, the Senate Committee on Utilities received a presentation from Jim Zakoura, Executive Director, Natural Gas Transportation Customer Coalition, about the financial effects of winter storm Uri on various residents, schools, hospitals and businesses in Kansas. Mr. Zakoura discussed the free market price exposure in the unregulated market.

A bill has been introduced in the Senate that would seek to remove the sales tax paid on utilities. Introduced as a cost savings measure for businesses and residential rate payers, Senate Bill 359 would allow cities and counties to tax certain utilities beginning July 1, 2023, but would also grant cities and counties the ability to exempt those utilities from sales tax. The bill may be scheduled for a hearing soon.

Last year, Governor Kelly signed into law a workforce development bill creating the Kansas Promise Scholarship Act. The Act provides educational scholarships to students attending a Kansas community college, technical college, or two-year associate degree program or career and technical education programs. The scholarship would be eligible for students pursing certain fields of study, including manufacturing, construction, and others. This year, Senate Bill 340 has been introduced to amend the act to authorize additional programs and fields of study. The Senate Education Committee may take the bill up for final action on Monday, January 24 or Tuesday, January 25.

On Thursday, January 27, the Senate Committee on Taxation will hold a hearing on Senate Bill 327, a bill that will exempt separately stated delivery charges from the states sales tax.

Governor Laura Kelly, and 2022 Gubernatorial Candidate Derek Schmidt (current Attorney General) have stated a goal of eliminating, to some degree, the current state sales tax on food. This would cost the state approximately $440 million in annual revenues lost. Multiple bills on the issue have been introduced, and the House Tax Committee has scheduled hearings on two of those bills (House Bill 2484 and House Bill 2487) on Tuesday, January 25.